A unique feature of the nursery is our 5.000 m2 showgarden. The first bamboos and grasses have been planted here in the 80’s. At that time we were struggling to find only 20 to 30 species. After years of collecting, planting and observing, our nowadays collection holds hundreds of species of the best bamboos, grasses and hardy exotic plants suitable from colder climates.

As a visitor you can make a better choice based on the examples in the showgarden. It is an ideal place to discover ideas of unconventional forms and species combinations. 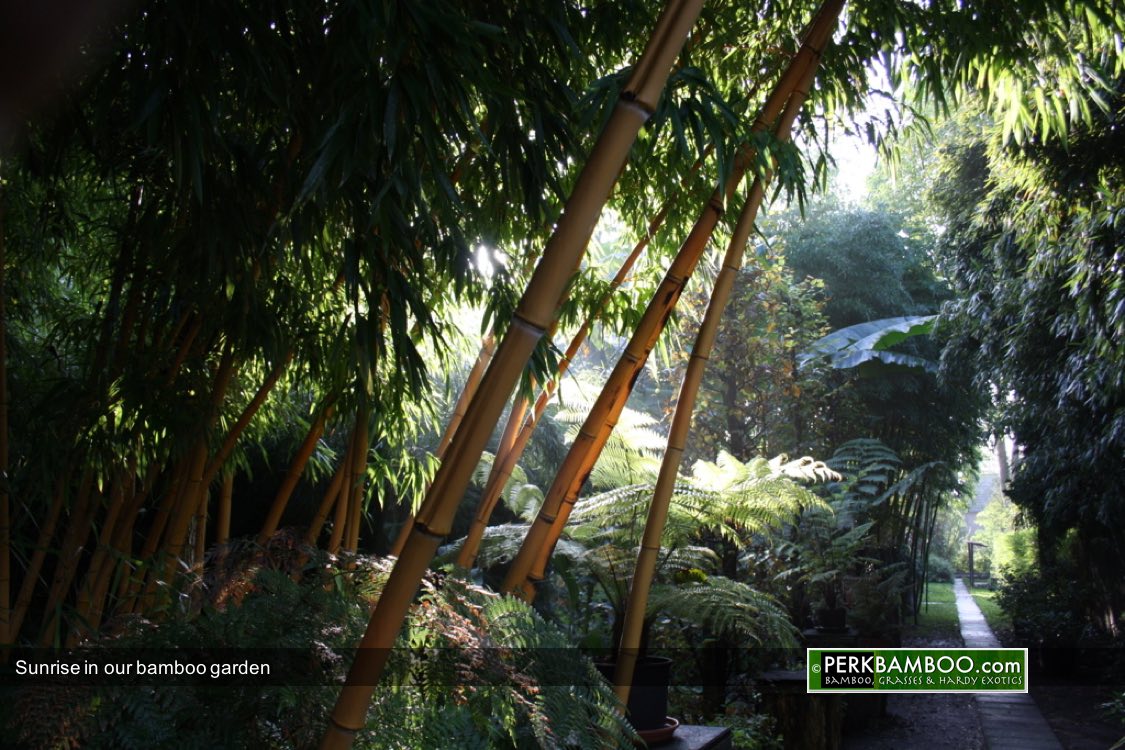 Bamboo comes in many forms and varieties from 30 cm groundcovering species to over 10 meters high giant bamboos. World wide over thousand species occur of which roughly 400 species can grow in a temperate climate. At our nursery and showgarden a selection of these species and selections are growing nowadays.

Bamboo hedges are becoming increasingly popular in contemporary garden design. In the showgarden you will find many examples of different types of bamboo that can be used as evergreen screen, garden shelter, windbreak or privacy planting.

All important clumping bamboo species are planted next to the medium and giant size bamboos. The areas with ornamental grasses are particularly stunning in late summer when they start to flower! Also, many less known plants like hardy gingers, canna’s and banana species are planted along side a wide variety of bold leaf plants, exotic shrubs and tree species. 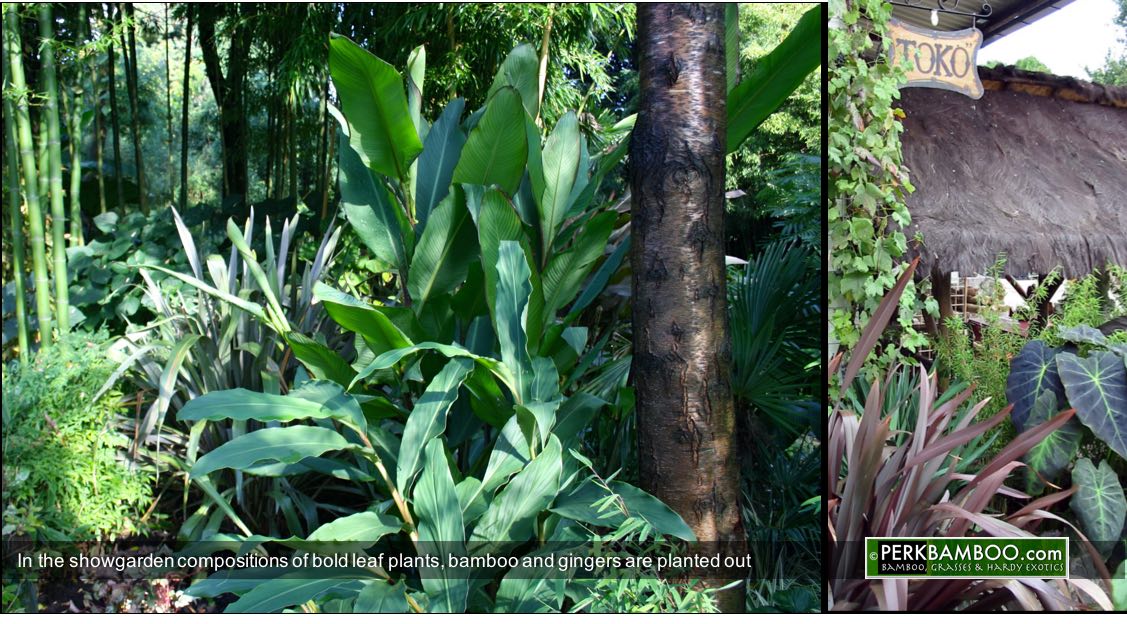 The showgarden has a botanical value for those interested in rare and new species. It is a test site for species that are still under observation. We observe growth behavior, hardiness, size, disease susceptibility etc. over several growing seasons. Finally it will become clear which new species have quality to be added to our nursery stock and are recommendable for use in gardens and parks.

The individual visitor has the unique opportunity to form a live idea of the species diversity we offer. Based on a brief garden tour, explanation and an outline of your situation the most suitable species are suggested. Several species are often available in multiple sizes at the nursery and can be selected and bought on site.

The showgarden and nursery are open for visitors on Friday’s and Saturday’s during the growing season or by appointment on other days. See the home page for the current time schedule. 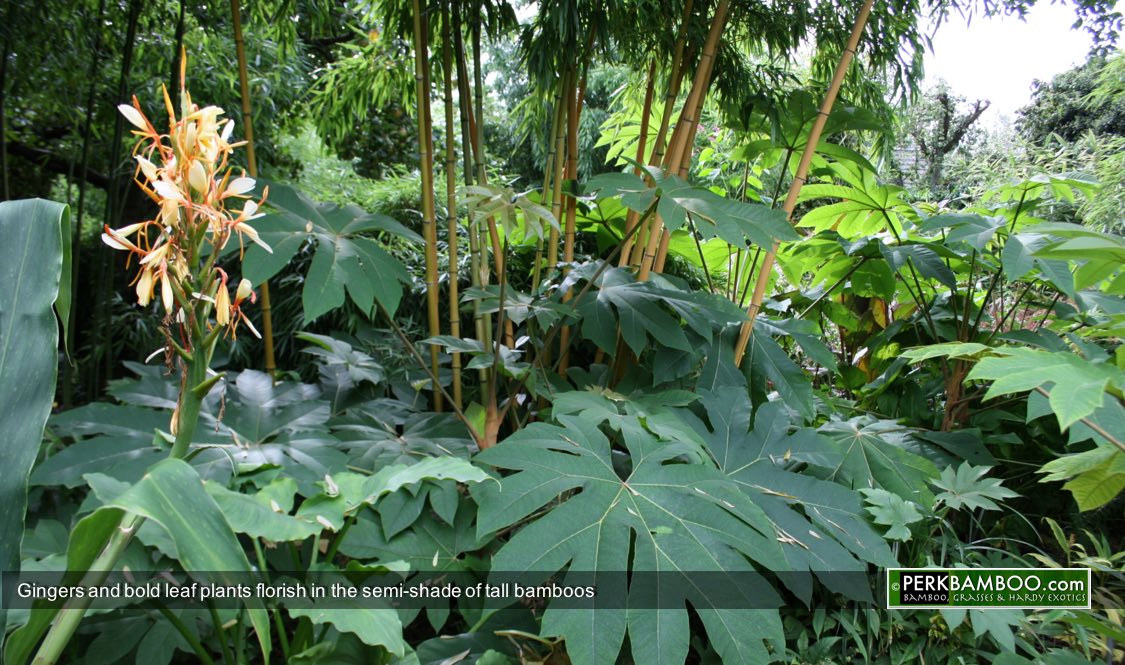 To a limited extent, groups such as garden clubs, governmental organizations and associations are welcome for a tour through the showgarden to explore the world of bamboos, grasses and other plant groups, sometimes in combination with a lecture. Contact us for more information or an appointment. 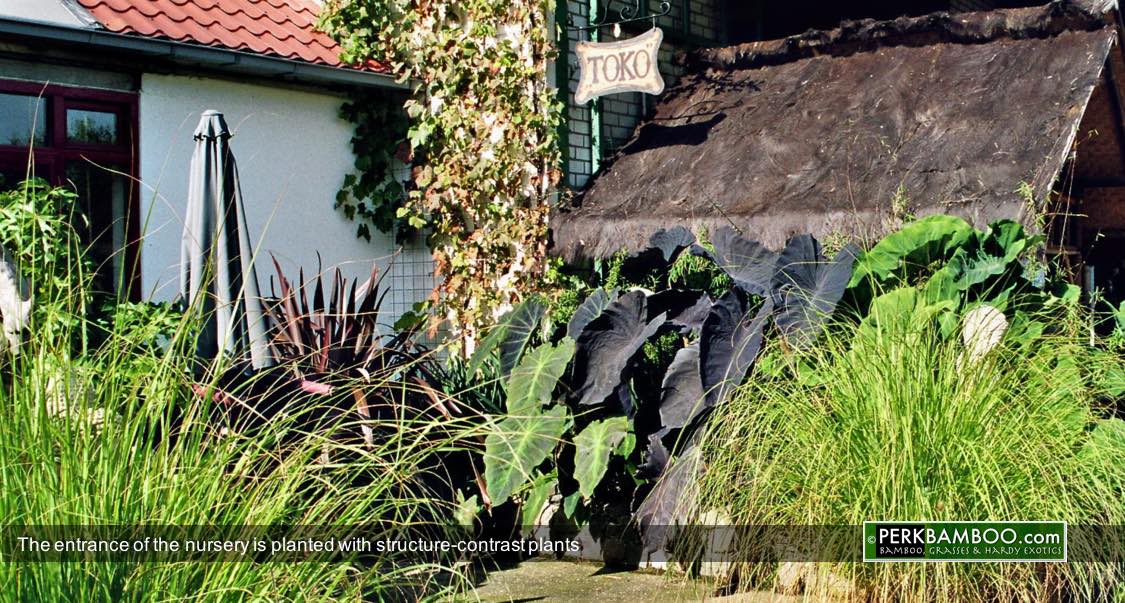 Our garden and nursery is located in the middle of the Netherlands, between cities Utrecht and 's Hertogenbosch, in the western tip of Gelderland province. We are both easily accessible by car from the  motorway A2, exit 14 and by train (10 minutes walk from railwaystation Beesd, line Geldermalsen - Dordrecht). The nursery and garden is open to visitors between 10 am and 5 pm on Friday and Saturday between March and November. Other days by appointment only.